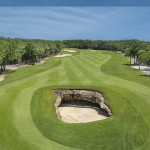 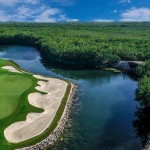 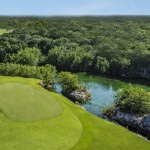 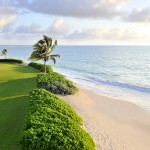 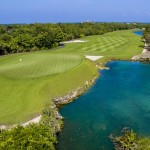 El Camaleon Mayakoba Golf Course, considered by many as Mexico´s Golf Sanctuary, hosts the OHL CLASSIC at Mayakoba since 2007, the only PGA TOUR event in Mexico and Latin America. Former US Open Champion Graeme McDowell was the one to lift this year the acclaimed handcraft limestone Chameleon Trophy, to obtain the FedEx Cup points and an invitation to the 2016 Masters at Augusta National.

El Camaleon Golf Course is a Greg Norman design and like a “chameleon”, from which it takes its name, boasts a unique layout offering constantly changing views as it winds through tropical Mayan jungle and mangrove forest before boldly stretching into the Caribbean Sea. Massive bunkers, cenotes (subterranean caves) and limestone crystal-clear canals are some of the diverse hazards you will encounter as you take on the challenge. …Read more